It has been 10 years since the first riffs of Dark Buddha Rising were summoned in the depths of the Wastement. We never thought that the path would guide us where we are now, the places we have been or the moments we have experienced through these years. Yet we have followed the fundamental principles that were clear from the beginning in order to create this musick from our hearts and we will remain on this path to the very end.

We are deeply grateful to those who have supported, helped and worked with us. Especially past members J. Niemi and S. Kuosmanen for their effort in the band at that time. Also to T. Santamaa for his spring 2016 duties. V. Vatanen has withdrawn from the front of the amps to the production sanctum and remains in the circle as a creative force. There won’t be a substituent, yet the amps remain the same.

At this dawn, we can see the shapes of things that are waiting in the shadows. For us, the thick darkness is holding the treasures which are to be unveiled as inspiration guides us towards them. This will eventually form the new album, a celebration of rebirth and transformation.

By this 10th anniversary, we will reissue the first three albums as ’The Black Trilogy’. We have recorded the new material from the latest live set, which will form an EP in the future. Also Live at Roadburn 2016 is in the horizon. More details of things to come in the future.

Remember the Prophecy IX:
”I exhaled and the skies cleared, revealing the stars. And then, from a distant event horizon arose the black sun. Rays of black light illuminated pyramid structures in the desert, as I watched hovering above. Carved in the monolithic stones were alien symbols that became decrypted before my eyes. And the I became the eye, the self dissolved in the light. Sun worshippers emerged from the sands shifting in the solar wind that carried their voice.” 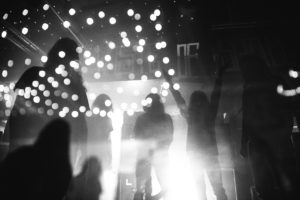